I remember watching MTV over at my neighbor Shannon's house after school. She was cool, she had cable back before everyone had it. I'm fairly positive I was in on the very beginning of it. MTV my darling constant companion for many years. I think the last thing that I actually watched was The City. I mean who wouldn't want to watch the goings on at DVF, Kelly Cutrone's and the uber-b Olivia's outfits? Even though I'm still obsessed with Olivia's outfits I'm not so much by MTV, however I saw this and wished it were real.

CollegeHumor's Favorite Funny Videos
Daria. My favorite all-time MTV show. I would love to see this in real life. 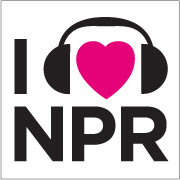